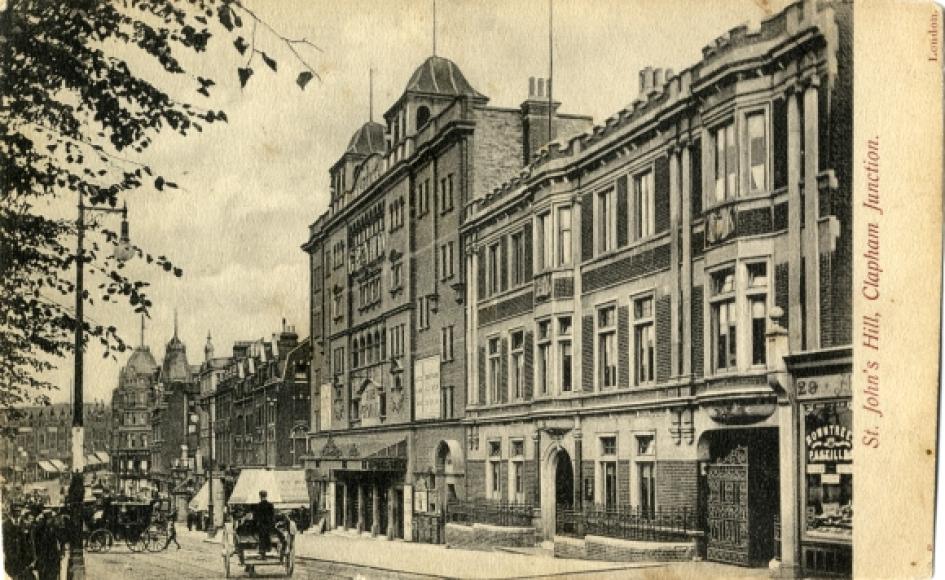 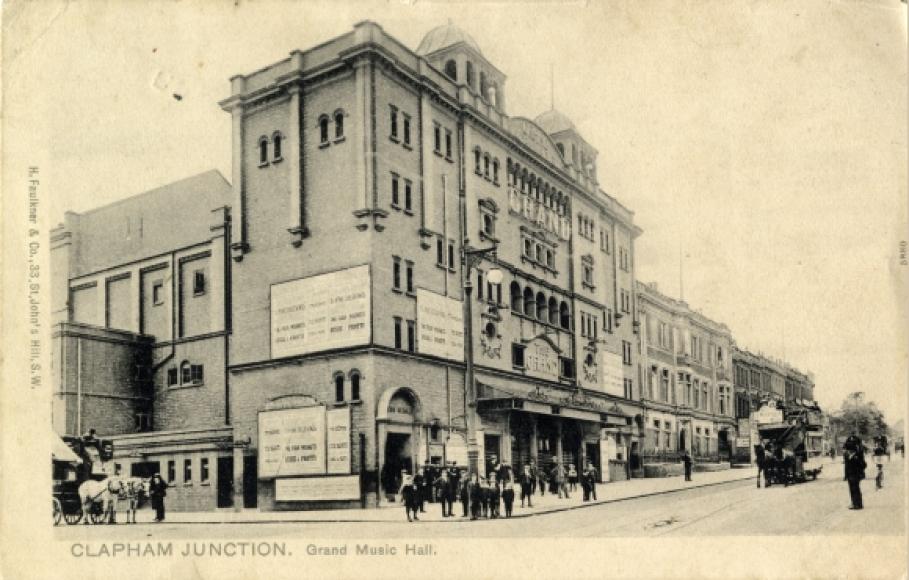 The only completely surviving theatre by Woodrow and a testimonial to the competence and flair of this little-known theatre designer. It was designed for a consortium headed by Dan Leno and Herbert Campbell, who had already built the Granville, Waltham Green (dem) and the Camberwell Palace (dem). They took over Munts's Hall, a flat-floored concert room, nearby, to 'test the water' before commissioning Woodrow to build the Grand. By 1910, Leno and Campbell had been elbowed out of the market by the syndicates, so this was their last venture.

The exterior is unusual, if not unique. Massive and confident, in red brick with pink Mansfield stone dressings, it relies on crisp geometry, rather than opulence, almost anticipating architectural movements to come. In so far as a stylistic label can be attached, it should probably be 'Colonial Indian'. The two ogee-domed and arcaded towers certainly have an Indian flavour, although the sparse mouldings and other details are classical.

The interior is also unique amongst British theatres (at least until the rise of the super cinemas), being in the Chinese taste, with a lavish display of plaster ornament, shallow domed ceiling (originally decorated as a willow-pattern plate), festive pagoda canopies to the boxes, dragon's heads with gleaming electric eyes, etc. Two balconies, with a serpentine curved front to the lower one. The original lavish decorations by Campbell Smith, the painted act drop and the rich box hangings have all gone, but the Grand remains a most remarkable theatre, fully capable of being returned to its designed use. The alterations made for concert use are all readily reversible. Its location, opposite Clapham Junction Station and close to Central London, would give it a wide catchment. Capacity would depend on whether or not the gallery was brought into use. Sightlines are excellent from every level.