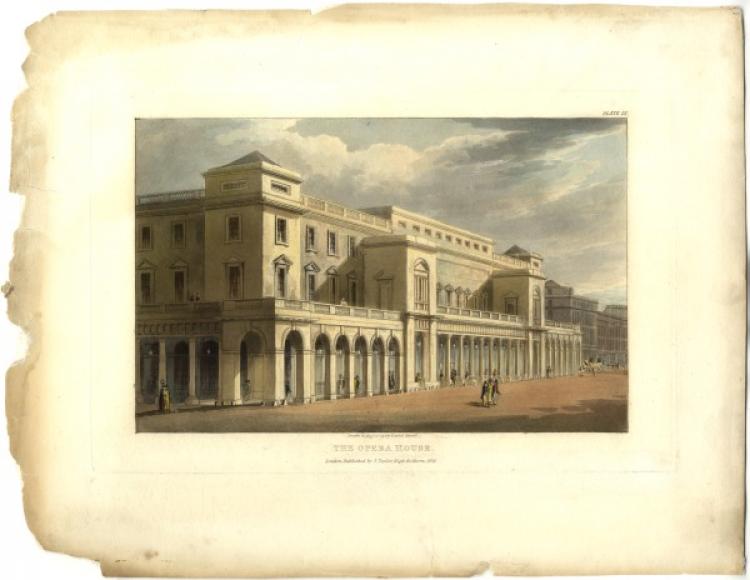 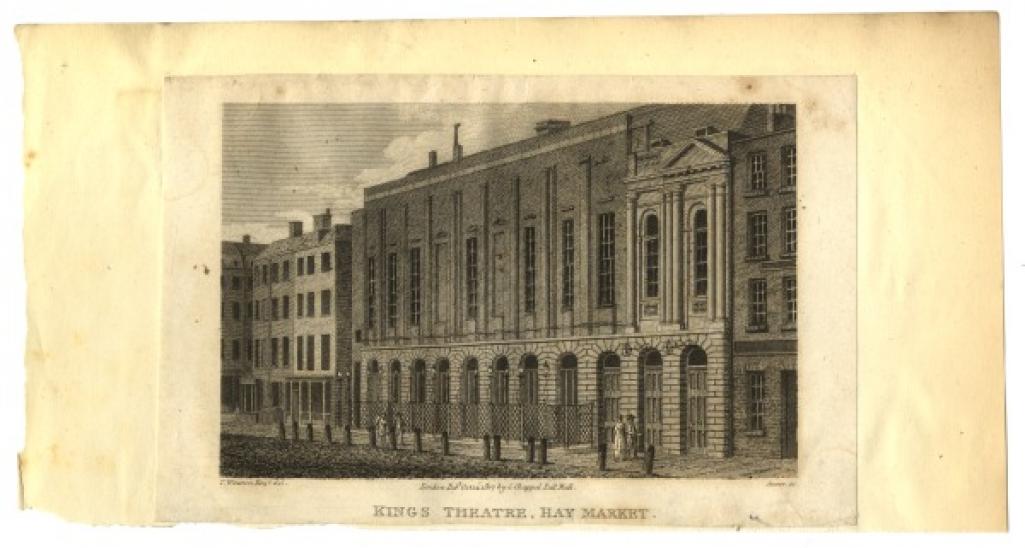 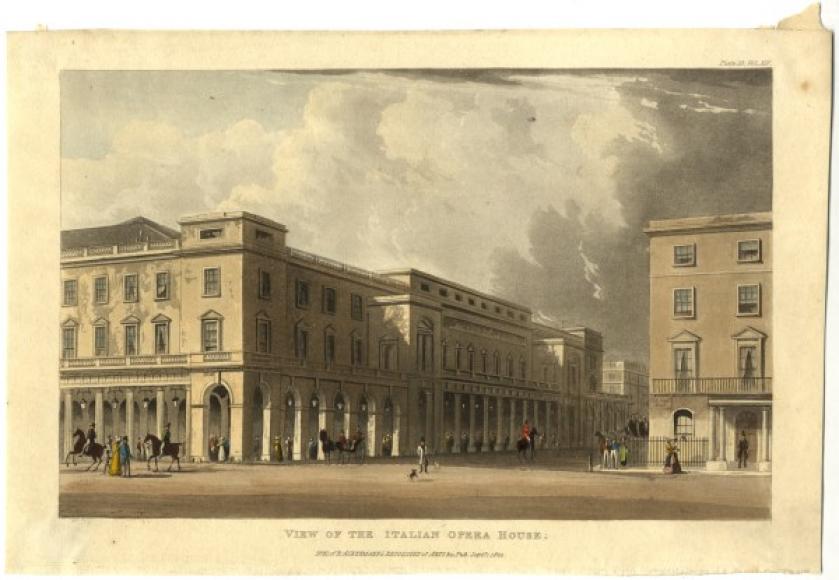 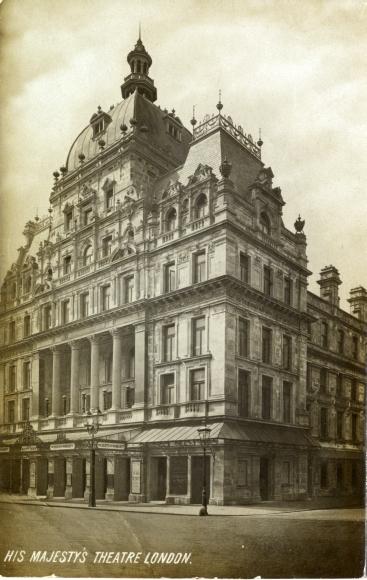 Her Majesty’s stands second only to Drury Lane and Sadler’s Wells for the extraordinary longevity of theatrical entertainment on one site.

Founded as a new theatre for Betterton’s company, then at Lincoln’s Inn Fields, it was built as a personal speculation by Vanbrugh, the architect and playwright, with the support of thirty subscribers. It was designed by Vanbrugh himself, possibly with some assistance from Hawksmoor. Alongside the theatre it had a long room for assemblies and masquerades.

The Queen’s Theatre, as it was originally called, opened in 1705 with the Queen’s authority, under the management of William Congreve. For the greater part of its life until 1896, this theatre and its successors, operated principally as the home of the Italian opera, and hence, in the mid-nineteenth century, also as a centre for the Romantic ballet. Operas by Handel and also his first oratorio were performed here.

Despite its distinguished beginnings, Vanbrugh’s massive theatre was inadequately planned, lacking necessary backstage spaces and (apart from around the proscenium), with its ornament largely in trompe l'oiel painting. The lack of modelling may have contributed to its notorious acoustic shortcomings. With various remodellings, it lasted 85 years until, after a fire, it was completely rebuilt in 1791 by Michael Novosielski. A series of further remodellings and a rebuild in 1869, after another fire, were followed by C J Phipps’s total rebuilding for Beerbohm Tree in 1897. All that Phipps left of the old building was the Royal Opera Arcade added by Nash in 1818.

The Phipps theatre is a magnificent pile in French Renaissance style, robbed of its originally more impressive symmetry by the demolition of its companion building, the Carlton Hotel (by Phipps, completed after his death by Isaacs and Florence), conceived as part of the same architecturally unified scheme but replaced in 1957 by the unsympathetic bulk of New Zealand House. The theatre alone nevertheless makes a considerable impact in the street scene with its open loggia and imposing dome. It makes an instructive contrast with Nash’s Haymarket, nearly opposite. Nash’s Royal Opera Arcade (at the rear) is an important work in its own right and of great townscape value.

The auditorium of this, ‘one of the best planned theatres in London’ (Survey of London) is opulent. Although it is recognisably a Phipps theatre in its geometry, the main features of its design and all of its decoration were by Romaine Walker. Architecturally it is a two-balcony design (the gallery being a backward extension of the upper tier) with details freely adapted from Gabriel’s Opéra at Versailles. Scagliola proscenium frame with three tiers of boxes on either side framed by Corinthian columns with rich entablature, carrying deep, elliptical, coffered arch. Blind-arcaded side walls; deep enriched cove carrying ceiling and saucer dome. Paintings in eighteenth century manner.

It has what is reputedly the first flat stage to have been built in Britain. Very important and complete complex of wooden stage machinery in excellent state of preservation, including four substage bridges, sloats, grave trap, four post traps, cellar drums etc. The sub-stage machinery is archaeologically the most important survival of its kind recorded in London and it appears to be restorable. The modern machinery required for the effects in The Phantom of the Opera were cunningly interlaced into the forest of old timbers and those parts of the wood machinery, which had then to be removed, were recorded, and will be reinstated.

It is impossible to give a short account of this outstandingly important theatre without significant omissions. Survey of London vol XXIX contains a comprehensive (28 page) account of its buildings but adds that ‘the history of the theatre has still to be satisfactorily elucidated’. In addition to Handel, Haydn, Sheridan and Jenny Lind were all associated with earlier buildings. Beerbohm Tree had a suite and his ‘acting academy’ in the dome over the present structure and substantial traces of these rooms remain. Memorial to Tree by Romaine Walker is on north front.