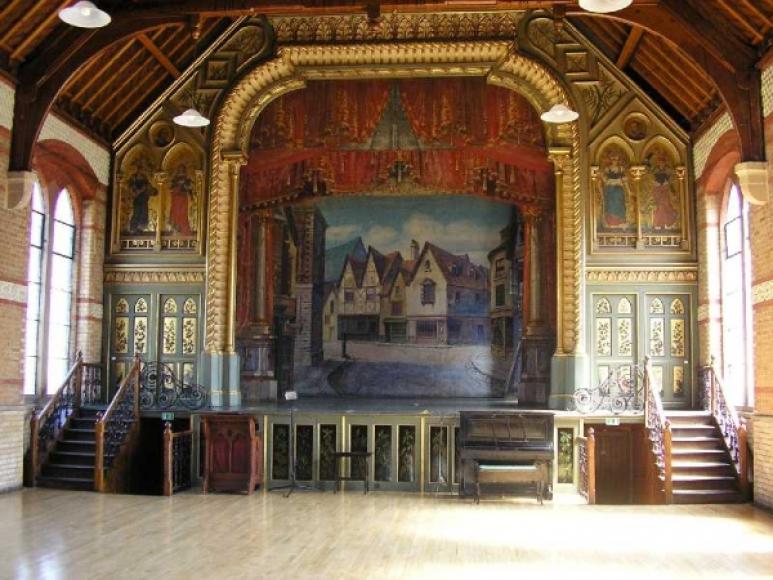 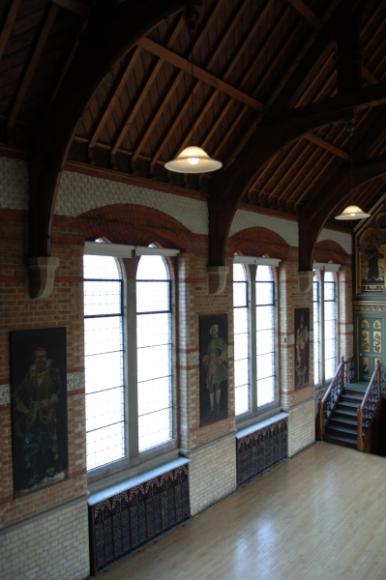 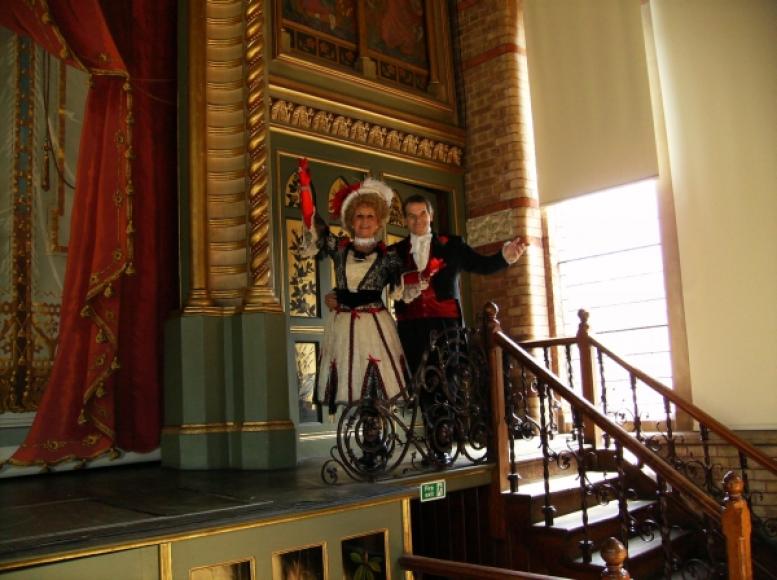 Like a number of other private theatres (such as the Adelina Patti Theatre in Craig-y-Nos Castle, Abercrave), Normansfield is of extreme rarity and vulnerability. A complete and virtually unaltered survival of the 1870s and of outstanding architectural, historic and archaeological importance.

Normansfield was founded in 1868, as an institution for people with congenital mental conditions (in modern parlance, with learning disabilities) by John Haydon Langdon-Down, who gave his name to Down's Syndrome. The patients were (unusually for the time) given training and encouraged in remedial activities. This, together with Dr and Mrs Langdon-Down's great love of the theatre, led to the building of the Entertainment Hall, so called. This was, in fact, a private theatre, intensively used by staff and patients apparently for both therapeutic and recreational purposes, Langdon-Down having observed that the drama and mimicry provided great stimulation to the intelligence. There was also a very active amateur theatre group. Mrs Langdon-Down was acting manager.

Externally it is unimpressive; like a large chapel, attached to one wing of the much extended original house. It makes no architectural impact from any public view-point. The auditorium, situated above what was originally the 'kindersaal' or rinking room is, by contrast, spectacular.

Flat floor with open pine-trussed roof, fair-faced brick walls and tall windows, like an assembly hall. Iron fronted balcony across the end and a complete, well-preserved gas sun-burner in the roof. Richly modelled, coloured and gilded proscenium with pairs of doors (one practical, one dummy) on either side, giving on to a shallow forestage and steps with iron balustrades. The whole of the original decoration to the proscenium, including figure-paintings (as yet unattributed), seems to have survived intact.

The stage is particularly interesting as a miniature version of a regular theatre of the period. It has a simple groove system, still workable, with very old wings and borders and painted cloths. There are about ninety pieces, made for this stage, the finest collection of old stock scenery in the country. There is also a scene-painter's model. Six painted panels from the original Savoy (touring) production of Ruddigore have been removed for safe storage.

Under the stage are a basement and cellar level, but these are simple rooms and there is no evidence of machinery.

The theatre building is at present in good condition, but its future was insecure for many years after a troublesome period for the institution which culminated in its permanent closure and the offer of the land for sale. The scenery, in particular, was vulnerable, since it cannot be fully protected by listing.

The development of the former Normansfield grounds for housing has happily resulted in the creation of The Langdon-Down Centre based at the theatre. Restoration works mean that the auditorium itself is once again in theatrical use - though the balcony is at present still unsafe, limiting seating to 150 rather than 300. The scenery, too, has been carefully surveyed and cared for by the Textile Conservation Centre, and replicas of some of the pieces are now in place on stage, enabling the best possible protection of the originals.