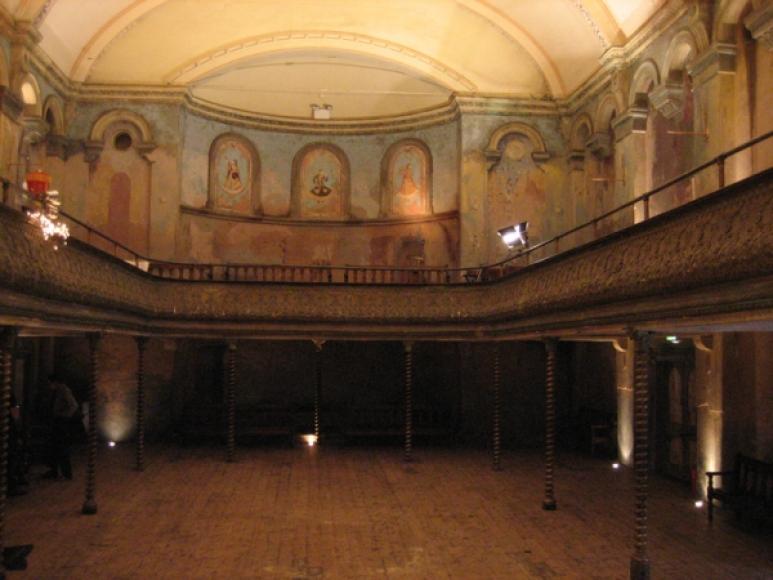 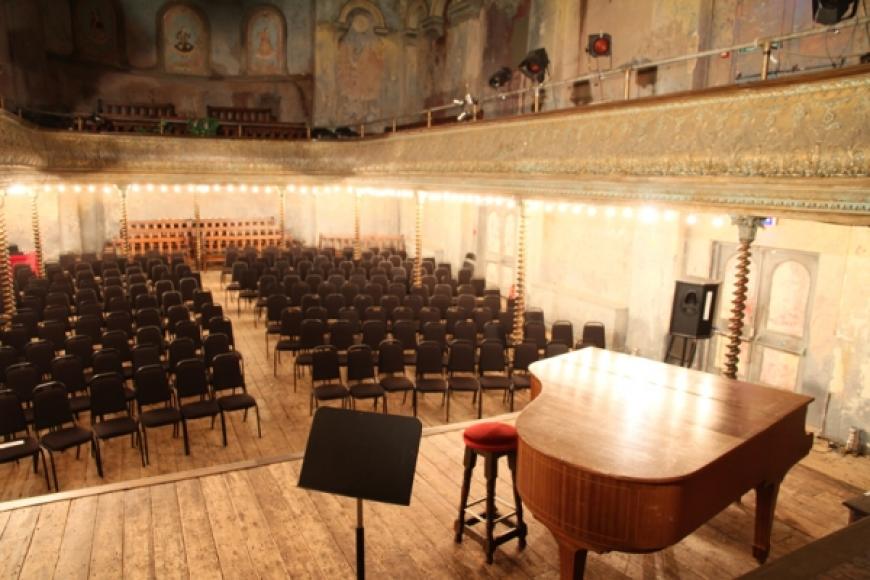 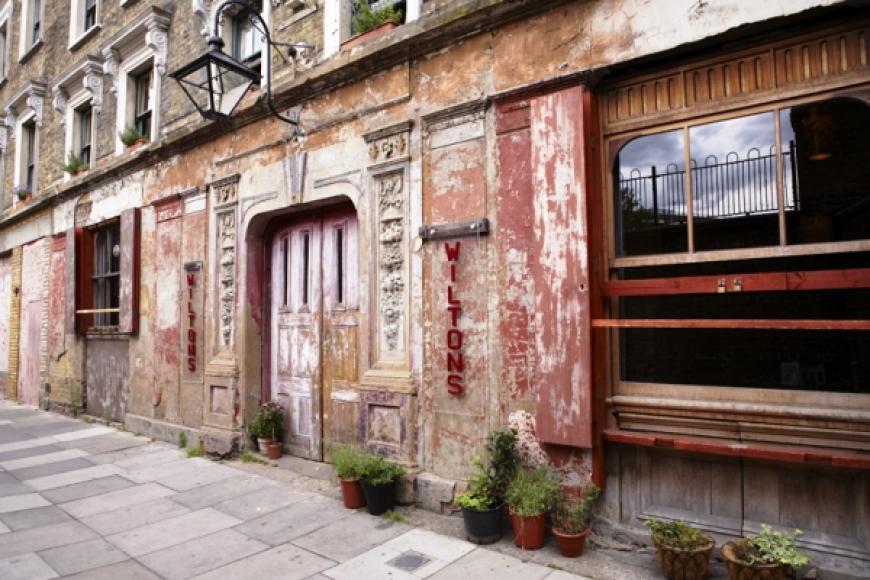 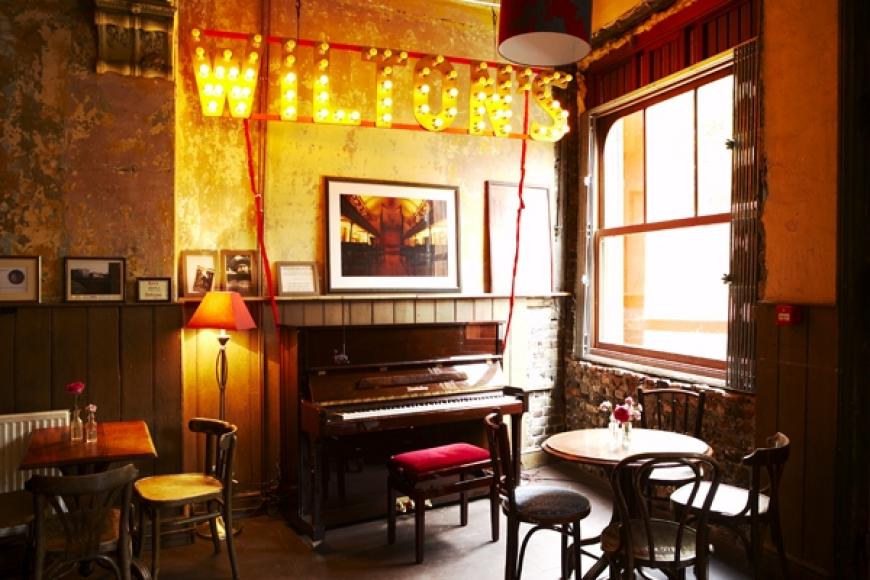 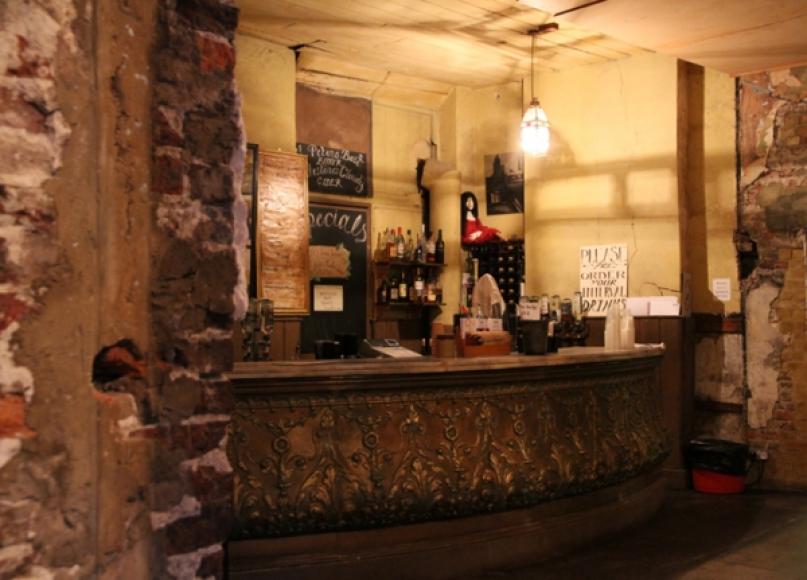 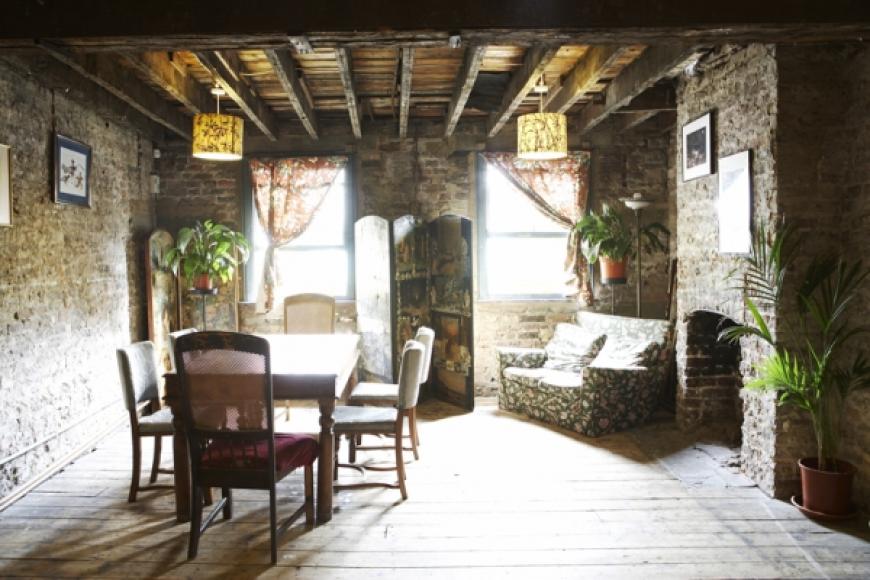 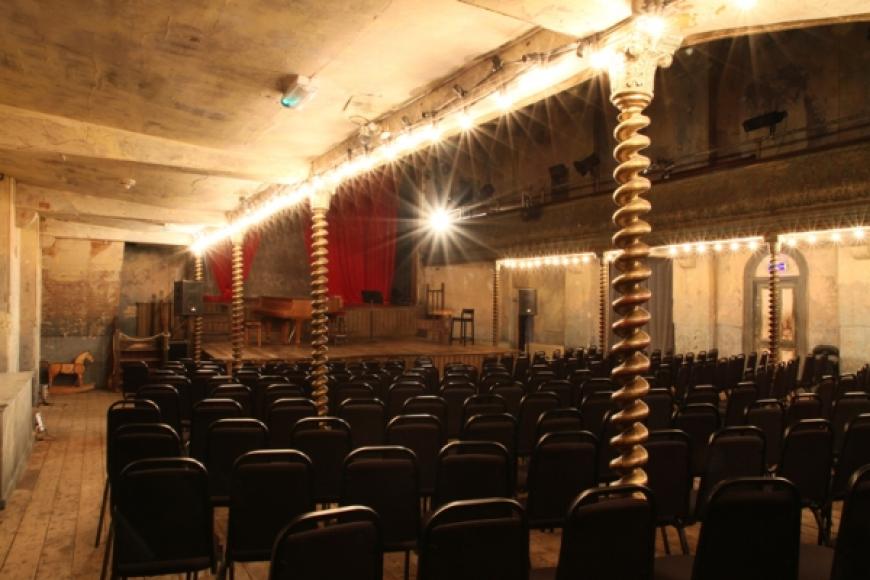 This is the most important surviving early music hall to be seen anywhere and (although altered) is now the only representative of the ‘new generation’ giant pub halls of 1850s London, modelled on the success of the second Canterbury Hall (1854), Evans’s New (Supper Room) Music Hall (1856) and Weston’s (1857), all long demolished. It is of outstanding architectural and archaeological significance. The Prince of Denmark tavern was reputedly the first in London to have mahogany counters and fittings, hence its alternative name, which stuck to it for well over a century, of (Old) Mahogany Bar. A concert room existed before 1843, as a purpose-built room behind the pub, at right angles to the axis of the present hall. Matthew Eltham obtained a licence for it as the Albion Saloon in 1845, but it soon reverted to proto-music hall form. John Wilton rebuilt it as his first music hall in 1853. He then acquired adjoining properties (the pub front still exhibits the original party lines and varying levels) in order to obtain the rear land, over which he built a vastly enlarged grand music hall, opening in 1859 (inscribed foundation stone still present between pub and hall). The hall was very seriously damaged and unroofed by fire in 1877. Engravings of the first hall show that the rebuilding was on closely similar lines to the original building, but with a proscenium stage in place of the former apsidal platform and a gently raked floor instead of the flat supper room floor. Typically of its kind and period, the hall was originally completely landlocked by the surrounding property and it therefore has no external elevations apart from that of its parent pub, through which it must still be entered. The face brickwork, where it is visible, shows signs of hurried execution and the staircase in the entrance lobby (to take one obvious element) is of extraordinary makeshift construction. The hall, nevertheless, fully merits the contemporary epithet, ‘handsome'. Entered through the paved lobby), it is an astonishing survival. A big, rectangular room with an apse at the back and a high stage. Single balcony on three sides with bombé plaster or carton pierre front, supported on unusual helical-twist (‘barley sugar’) cast iron columns, whose bases are progressively overtaken by the rake of the floor. Side walls with paired arched recesses above the balcony, the arches supported on alternating piers and ornamental brackets. Elliptical vaulted ceiling with ornamental fretted ribs, originally with a lantern skylight and gas chandeliers. The former presence of a hot sunburner flue has left charring on some of the roof timbers. Wilton’s became a mission hall in 1888 and spent a longer life in this form than it had as a music hall. By 1963 it was a rag-sorting depot and warehouse. It was acquired by the Greater London Council in 1966 and subsequently transferred to a Trust. Broomhill Opera have a long lease and the building was returned to active theatre life in 1999. In its post-fire 1878 state, it still exhibits the essential attributes of a first generation classic grand music hall, with space for supper tables, benched area and encircling promenade. A bar previously opened from the pub on to the hall at stage left. An unelaborate but profoundly evocative room. In 2013, with the support of Heritage Lottery Fund and other donors, funds were found for conservation. The building was not restored in the conventional sense as the aim was to preserve its special atmosphere of a derelict theatre rediscovered. The surrounding houses which make up Wilton’s front of house, were made secure, safe and useable. Everything possible was preserved from disused roofs, Georgian brickwork, fragments of plaster, pipes for gas lighting, ceramic electrical fittings, to an abandoned birds nest. Yet Wilton’s has been invisibly strengthened, sound-proofed, heated and ventilated with a new rehearsal space, dressing rooms, an archive, offices, prop-making workshop and a new kitchen. The project was completed in September 2015.