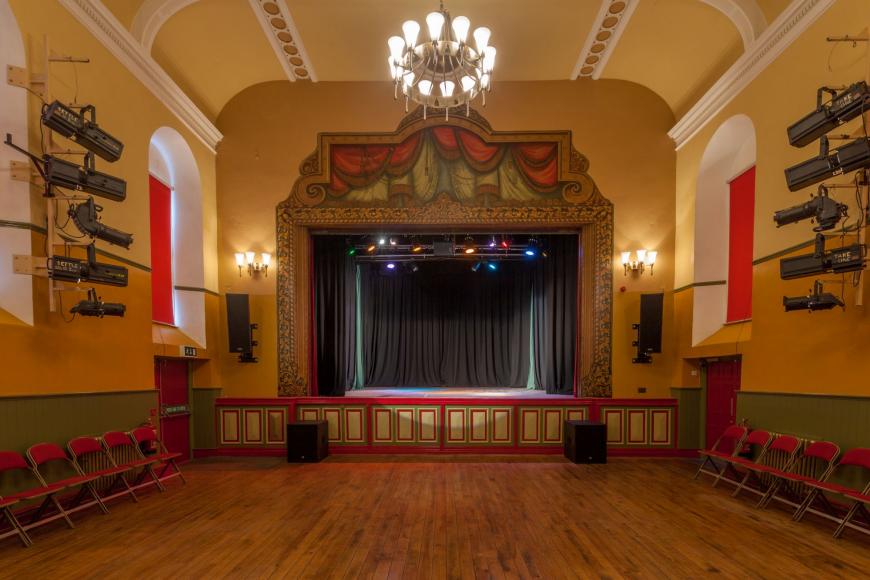 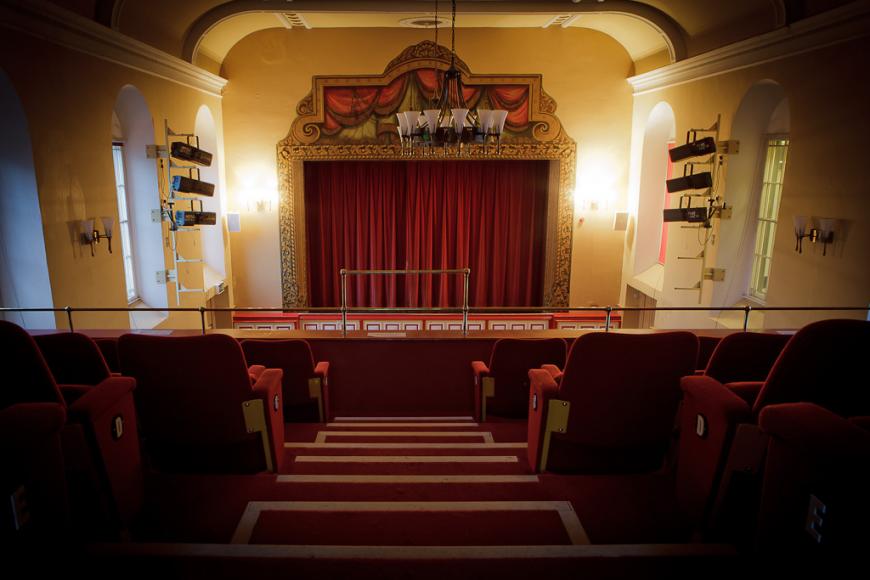 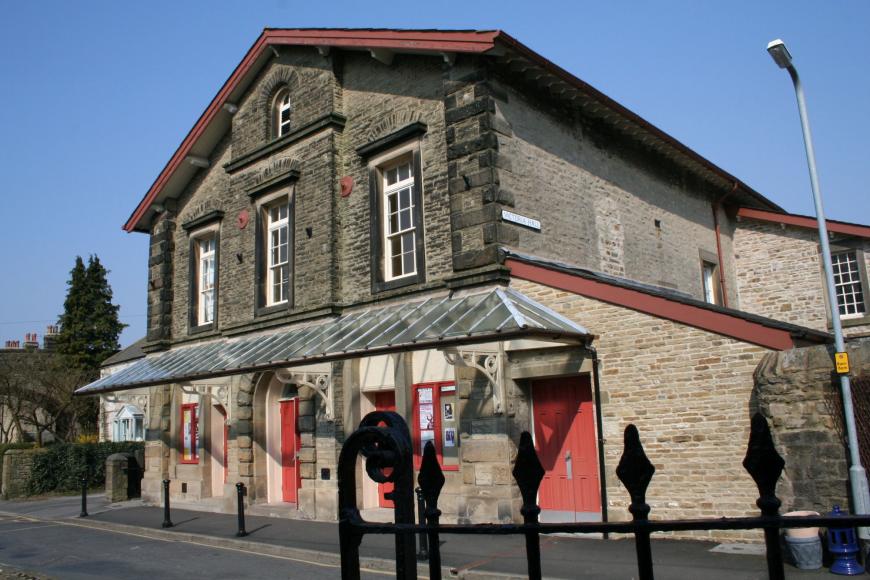 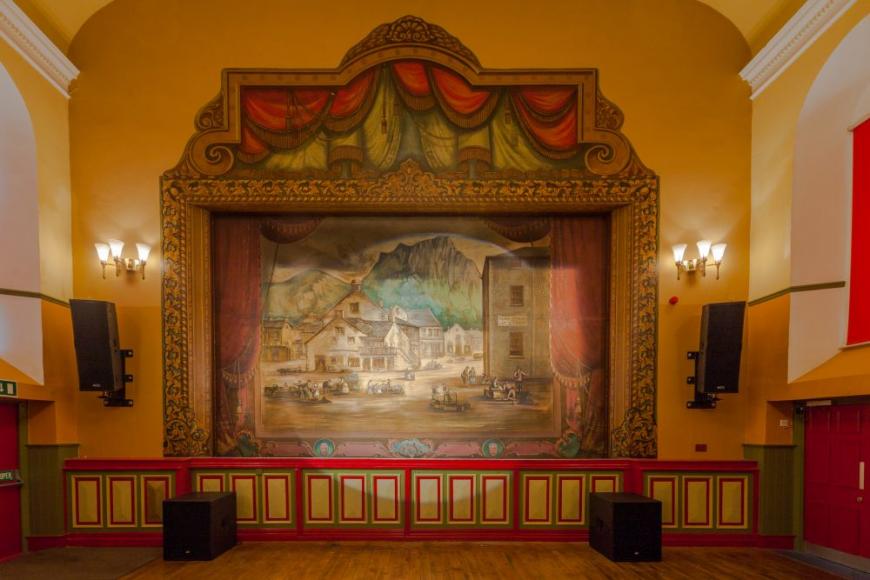 Grade II listed Settle Victoria Hall was purpose-built in 1853 by the Reverend James Robinson. Originally known as the Music Hall the exterior was built in local Brennand Gritstone, with a blue slate roof and a symmetrical gable-fronted façade of Italianate design. A large, projecting rusticated arched entrance is placed centrally between two pairs of smaller doors.

A glazed canopy, supported by iron brackets, appears to be an early twentieth-century addition to the façade, obscuring the keystone of the entrance arch, which, it is believed, supported the datestone now on display in an interior passageway.

On the first-floor there are three tall, rectangular windows with stone jambs, heads, and sills. At the gable apex, directly above the main entrance and central first-floor window is a smaller, single arched window. The eaves project beyond the façade, supported by exposed scalloped purlins.

The exterior sides and rear are undecorated, with tall, rectangular windows down each side.

The Main Entrance opens into a small foyer, with the office, incorporating the box office on the left. Beyond it is the main hall, the balcony stairs and a corridor leading to the toilets, and a kitchen area and meeting rooms, used as a bar during shows.

The Auditorium measures 13m x 10m with a flat 1920s wooden floor and no fixed seating. There is a fully seated capacity 167 on this level. There are tall rectangular windows along the sides and a cornice runs above the windows on each side. The ceiling is divided into bays, with circular patterned plaster mouldings, with chandeliers hanging below two of these. The gallery, which is raked, has fixed seating for 70 people, and decorated with moulded plaster Yorkshire roses. There is a Lighting Control Room behind the gallery.

There is a decorative proscenium arch, painted in 1909 and act drop painted 1882 by Edmund Handby with a scene of Settle Market Place, based on a much earlier painting. The black box stage is raked with red velvet house tabs.

Backstage, there is an understage storage area, which were formerly dressing rooms and upstairs a small green room and larger meeting room, which is also used as a second green room.