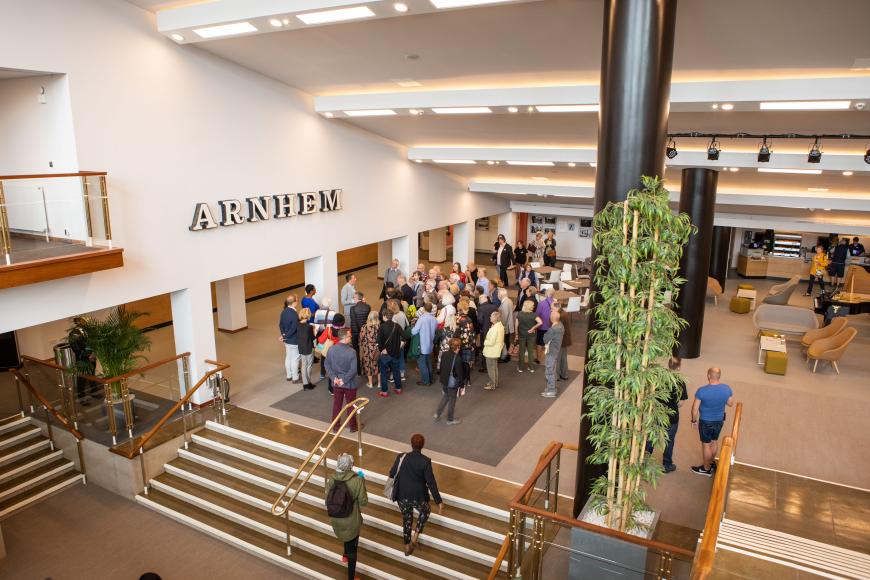 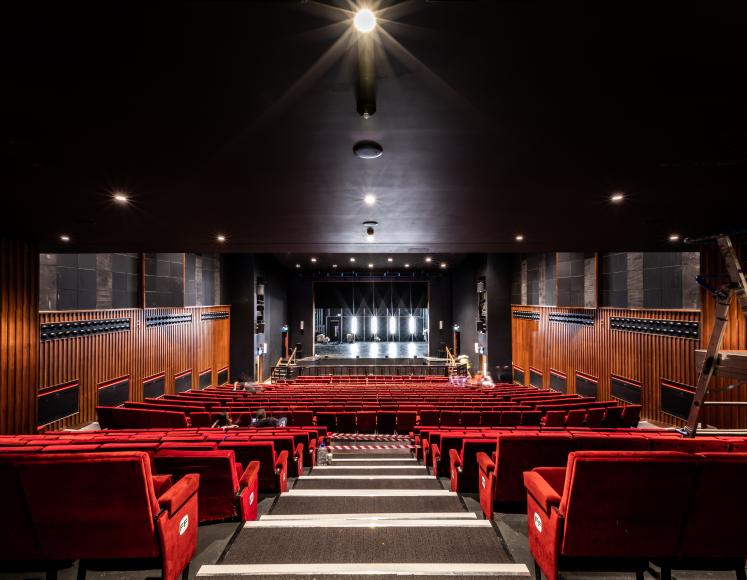 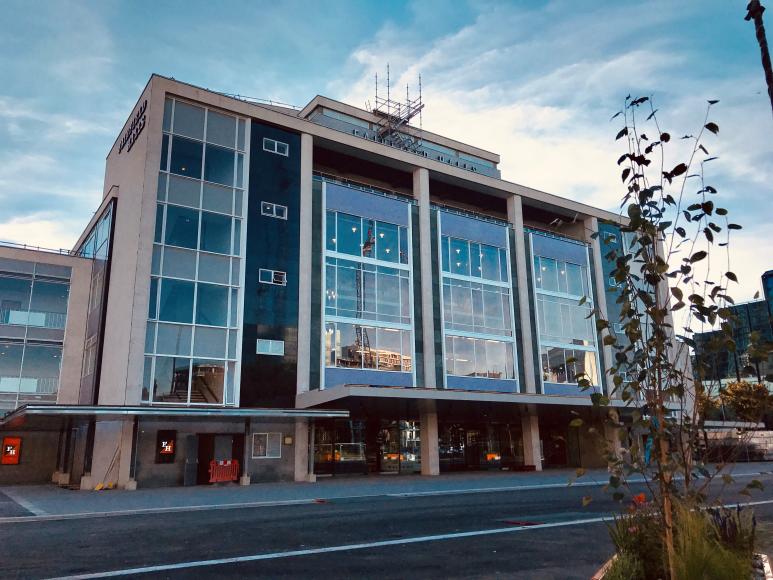 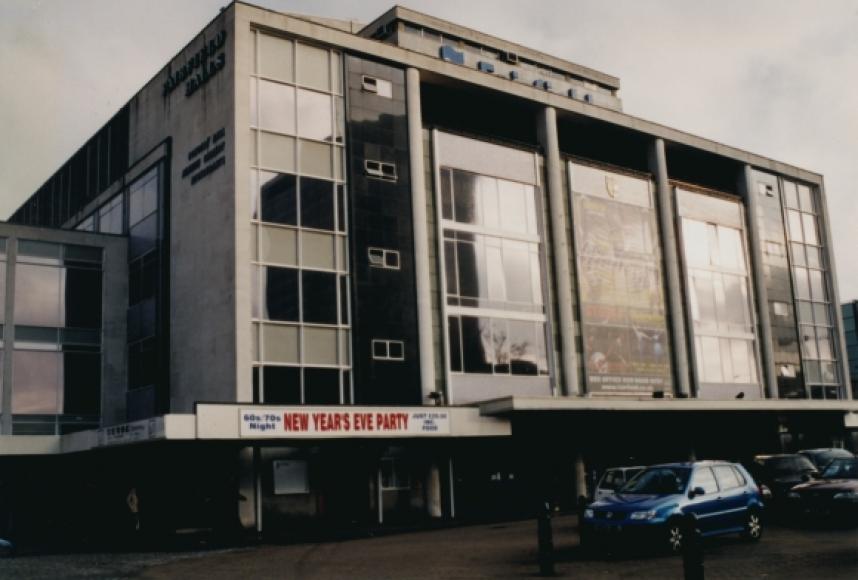 Fairfield Halls is a civic complex. The modernist building opened with three spaces, the Phoenix Concert Hall, the Ashcroft Theatre, and the Arnhem Gallery, as well as meeting rooms, restaurant, brasserie and bars. The building is a 1960s concrete block with precast cladding; a canopy covers the main entrance, above which plain piers divide the main frontage into three major bays. The concert hall has a raked auditorium, divided into two sections, plus a balcony. The platform is equipped with hydraulic lifts which give a variety of configurations. There is no proscenium arch, but some masking is available if needed. The Ashcroft auditorium is on two tiers with the stalls heavily raked. The front of the circle is unadorned and the straight walls have natural finishes. The stage, with false proscenium, is well equipped with counterweight sets for flying, and an orchestra pit on a hydraulic lift. Alterations to the forestage were undertaken to lessen the barrier provided by the original Juliet balcony and side door structures. A multipurpose performance space, The Studio, opened in 2014. In July 2016 the complex closed when the operating contract with Fairfield Croydon Ltd ended and owner, Croydon Council, submitted plans for the rejuvenation of the complex. The theatre reopened in September 2019, after a heritage-led restoration that reinstated many of the original features from the 1962 modernist building and created new spaces for flexible performance and retail functions. The locally listed façade was part-reclad to optimise acoustic and thermal performance. The two main auditoria have been refurbished, with new heating and ventilation, additional stage infrastructure and retractable acoustic blinds in the concert hall for amplified music, while the theatre, renamed Ashcroft Playhouse, has increased seating capacity, with improved fire safety. The gallery was partially rebuilt with a second floor extension to create two studios, The Recreational, a black box venue, at ground floor level and a new multi-function space and roof terrace at second floor level. Facilities also include new kitchens, cafes and bars. Run by BH Live, the following organisations are resident within the complex: Talawa Theatre Company, SAVVY Theatre Company, the London Mozart Players and orchestras-in-partnership the Royal Philharmonic and Chineke!.