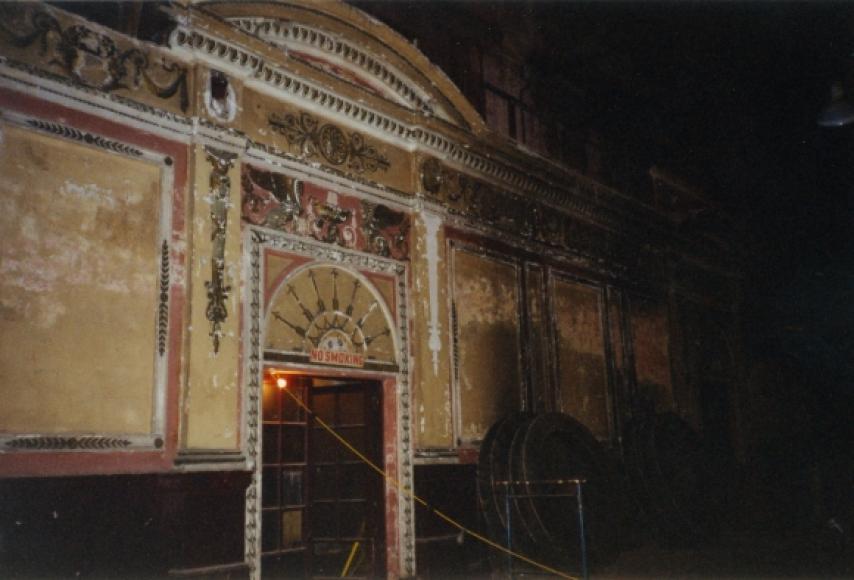 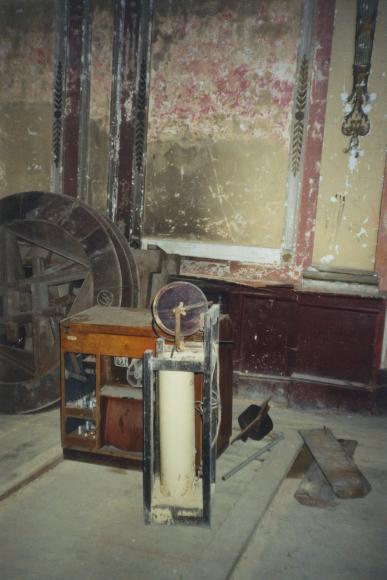 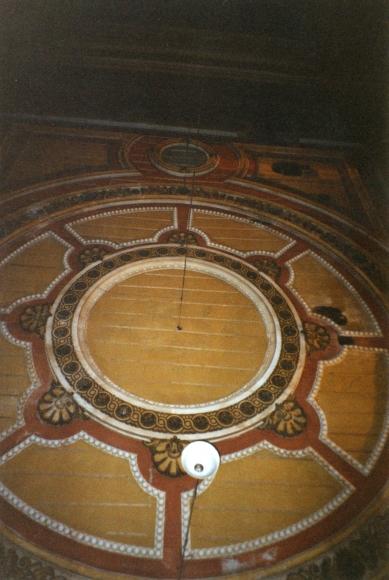 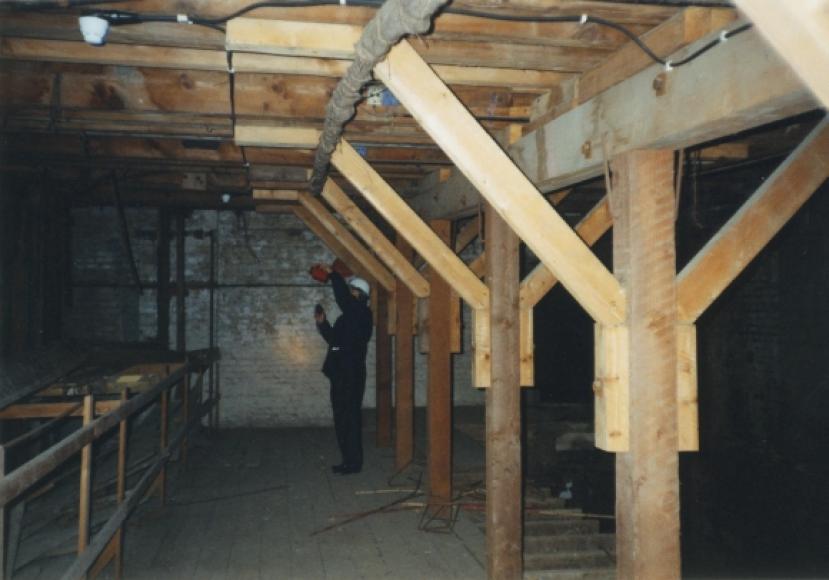 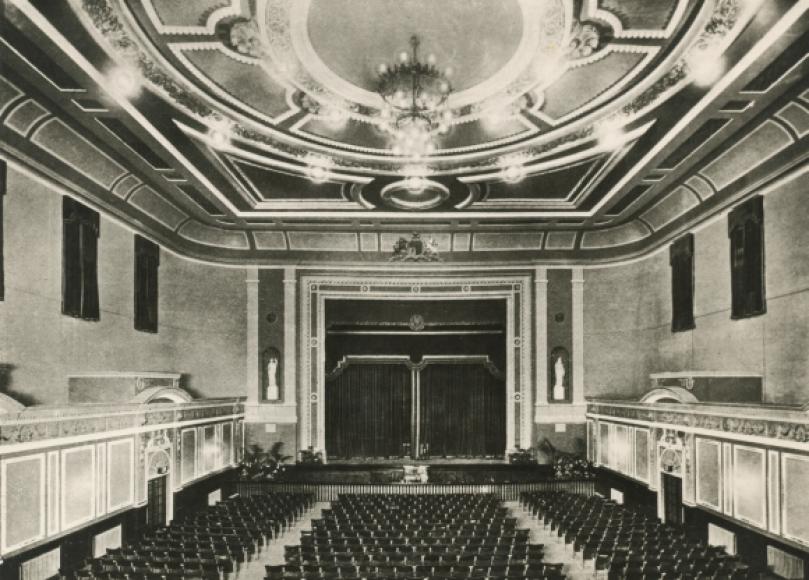 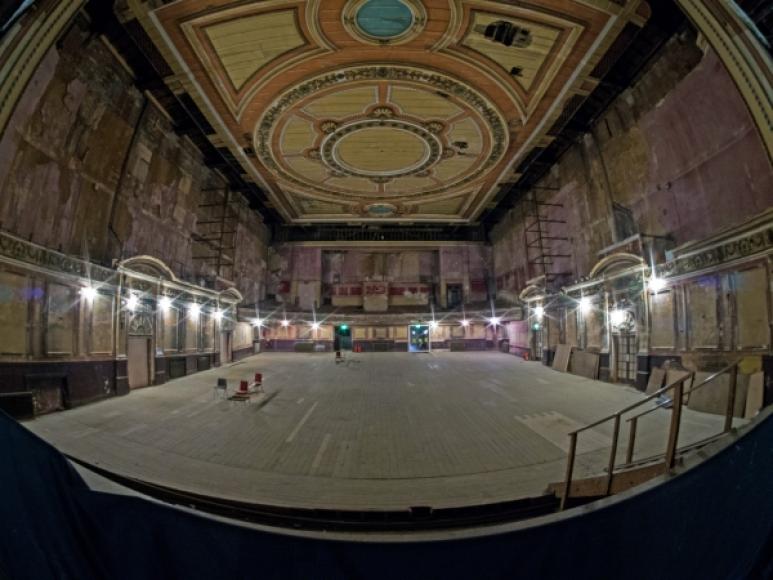 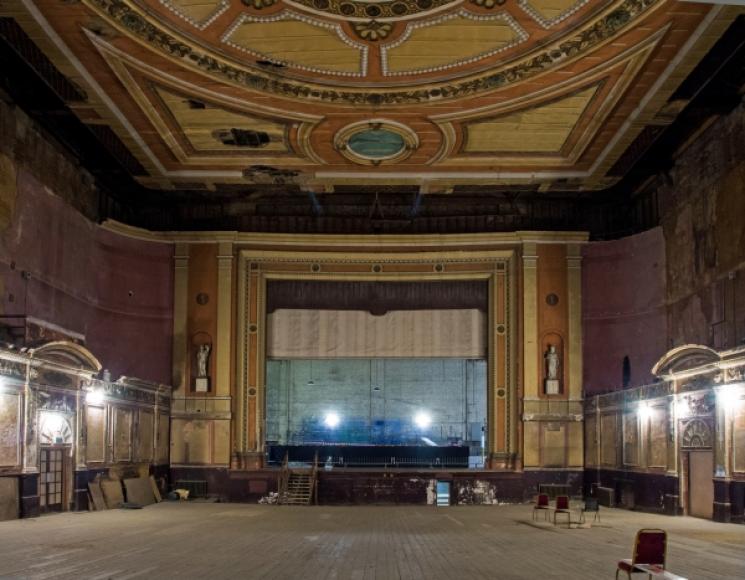 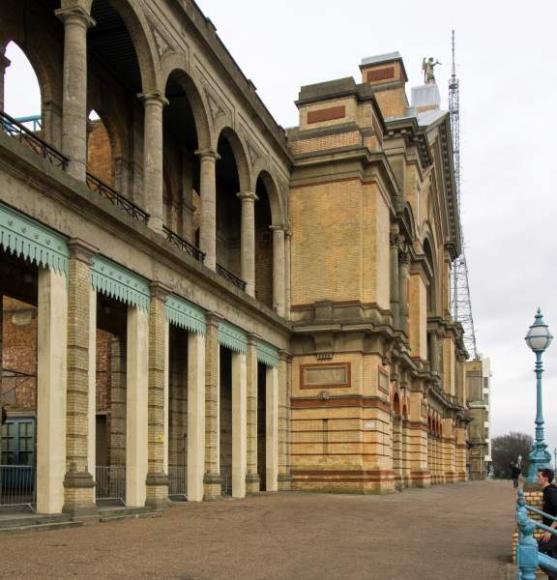 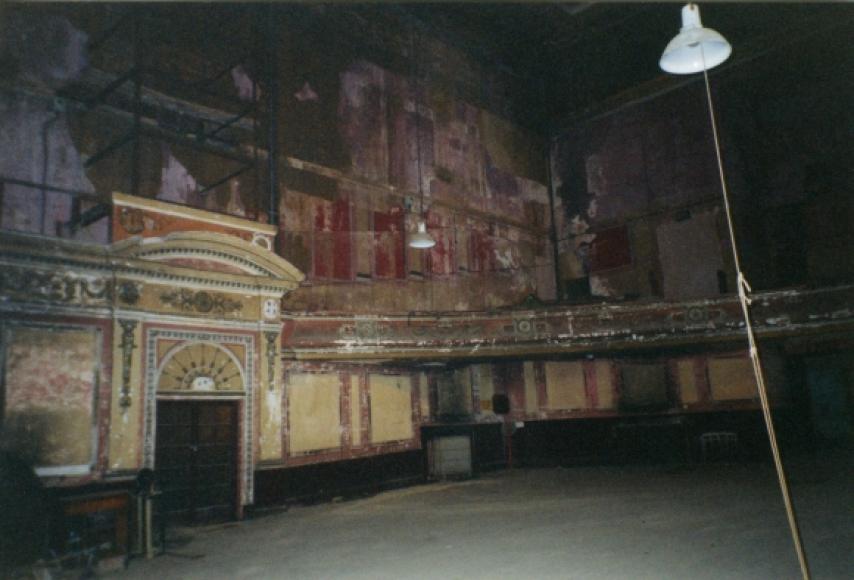 The theatre is one of the most architecturally significant and historic parts of the Alexandra Palace entertainment complex which originally contained a concert hall, art galleries, a museum, a lecture hall, a library, a banqueting room and the theatre. Alexandra Palace was designed to be ‘The People’s Palace’ for entertainment, by architect John Johnson. It was built in 1873 by Lucas Brothers, however was destroyed by fire 16 days later and only the outer walls survived. It was quickly rebuilt and reopened in May 1875. It is not known whether Johnson had assistance with the design of the theatre, but the evidence of the building itself suggests that it was the work of someone with little previous experience of theatre design. Although it has one external wall, its separate identity is not discernible in the long north elevation of the Palace. It was last used as a television scene store and is now in a poor state of repair. The auditorium is one of the oldest now surviving in London; architecturally, historically and archaeologically of high significance. It is extraordinary and unique in its design, more like a big music hall or concert hall than a theatre. The great rectangular room has a raked floor and long sides now occupied by low enclosed corridors (presumably inserted to improve means of escape) which give the impression of side slips. There is a single balcony, facing and far distant from the stage and there was originally a second, upper balcony, now removed. Much ornament survives from both 1875 and 1922 when the theatre was remodelled to the orders of Macqueen Pope, the General Manager. Of particular note is the decoration to the ceiling, proscenium, ante-proscenium, sculpture, balcony front and side-slips. The figure sculpture, in niches either side of the proscenium, is probably original. The existing faded 'toy theatre' colour scheme, although not original, is highly evocative. The most interesting survival and of significance is the stage, designed for elaborate transformations. It has a fine ensemble of wooden machinery both below stage and within the fly tower. A primitive set of scene grooves from this theatre is now in the possession of the Museum of London. Theatres within entertainment complexes have played a vital role in the history and development of entertainment and performance, in their heyday attracting large audiences to their ever more ambitious shows. Today, we are left very few examples of this genre, so it is vital to protect, restore and sustain such facilities. Alexandra Palace is significant because it followed London’s urban models such as Crystal Palace and the South Kensington Museum complex, pre-dating the seaside resort examples, and because it has retained its complete set of stage machinery. Its intactness, the quality of internal and external decoration including the sculpture, plasterwork, historical associations, novelty and rarity of once-popular culture, make it special. Alexandra Palace Theatre officially reopened to the public on 1 December 2018 following a six-year renovation project. The theatre is currently showing a mix of one off events, comedy nights, music and theatre productions. The auditorium can also support flat floor events such as exhibitions, conferencing etc.