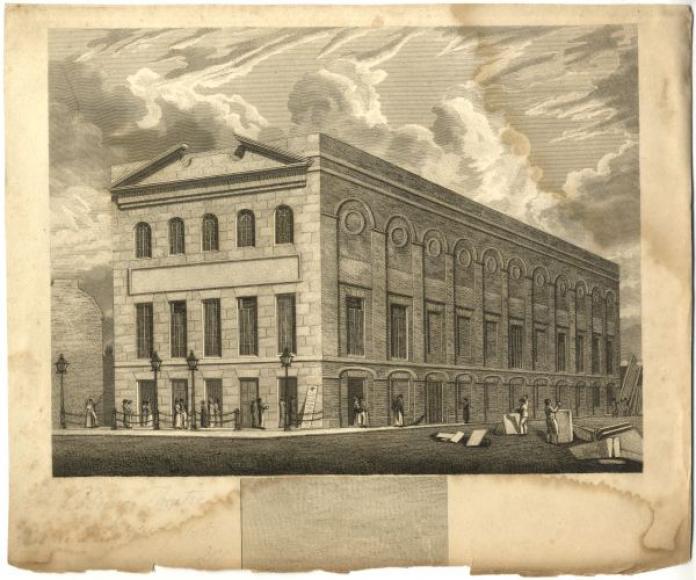 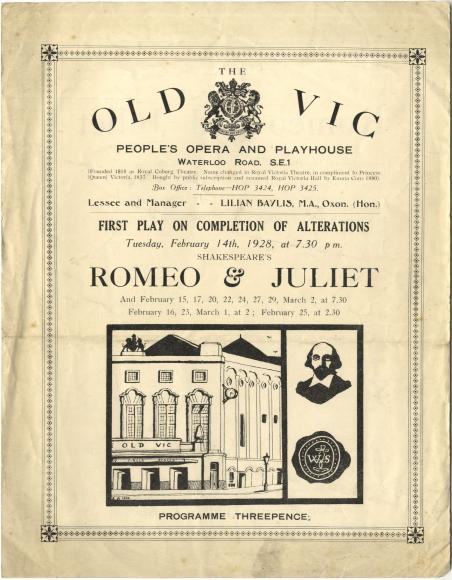 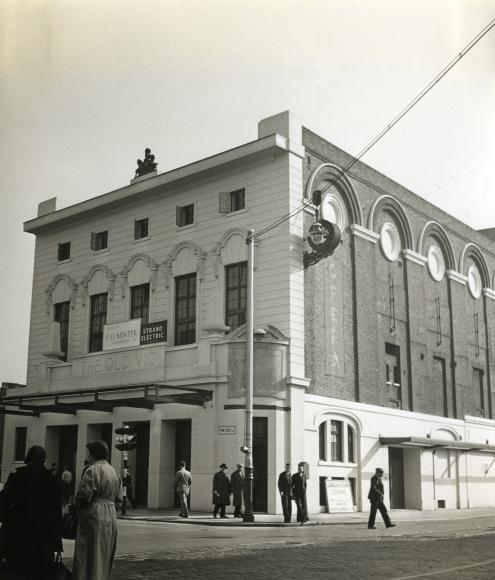 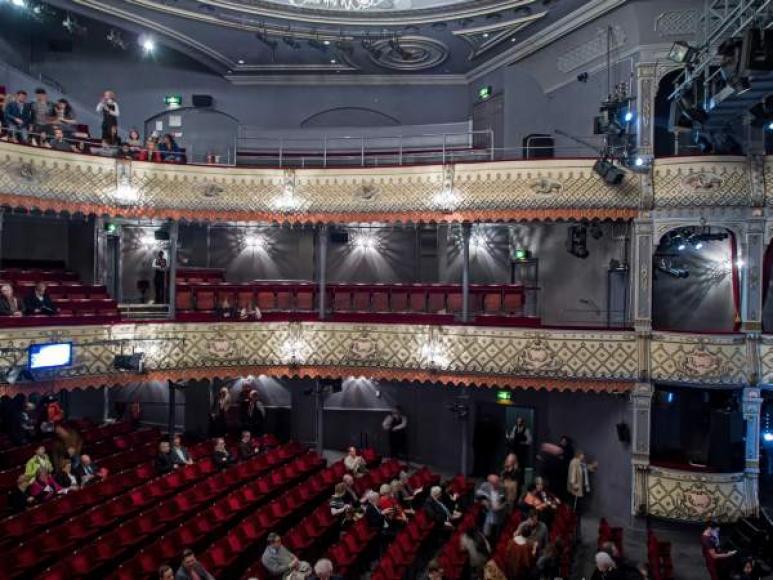 The Old Vic occupies a prominent site at the crossing of Waterloo Road, The Cut and Bayliss Road. The present facade is a recreation by RHWL, based on early nineteenth century views, with some discreet amendments and simplified moulding profiles. It is stuccoed in five bays, three storeys high, crowned by a broken pediment with a coat of arms at the centre. Simple entrance canopy with iron columns. Major parts of the roof and the external brick shell are largely of the first period of the building, as is the massive internal timber construction of the roof. The brick flank walls, relieved by a blind arcaded treatment of tall round-arched recesses are as seen in the earliest views of the theatre. The north flank has been less interfered with than the south.

The remodelling of the auditorium in 1871 by Jethro T Robinson produced one of that architect’s most satisfying interiors and is today one of only two surviving examples of his work (Margate Theatre Royal is the other). From the 1930s to the 1960s the Robinson auditorium suffered a series of radical attacks in the name of production fashion. By the 1980s the proscenium architecture together with the adjoining boxes had been obliterated. The RHWL works of 1983 for Ed Mirvish, however, restored the Robinson auditorium faithfully, being amended only to meet modern seating and lighting requirements, the latter being handled with particular sensitivity.

This is an auditorium of lyric beauty. The ceiling, although completely remodelled by Robinson, still has some suggestion of Cabanel’s earlier design. The two vertically stacked lyre-shaped balconies are supported on slender cast-iron columns, the top tier having musical trophies in cartouches. The restored boxes (which now have removable fronts) are in three tiers of two on either side of a basket-arched proscenium framed by two rope-twist mouldings. The arch is slightly uncomfortable at the springing, the drapes look a mite thin and the safety curtain is dull, but the proscenium coat of arms, decked with venerably dusty flags puts the seal on a wonderfully satisfying whole. RHWL also remodelled the front of house spaces in characteristic manner, with a single staircase to give access to all levels.

Historically, as well as architecturally, the Vic is one of London’s most precious theatrical possessions. Built as a ‘minor’ for melodrama and pantomime, it was important in the history and development of popular theatre. An attempt to convert it to a music hall in 1870 (architect J H Rowley) was abortive, but it was subsequently converted by the Coffee Palace Association and reopened as the Royal Victoria Coffee Music Hall under Emma Cons in 1880. It became world famous under Cons and Lilian Baylis. The management of the Vic and the history of its productions have formed the subject of innumerable books and papers, but there has never been a completely authoritative architectural study. The Survey of London vol XXIII offers little more than a sketch. Like the Haymarket, the Vic deserves meticulous research, close physical investigation and interpretive recording.

The record since 1997 has, to an extent, been a replay of some of the theatre’s most uncertain phases in both distant and recent past. Ed Mirvish’s decision to cut his losses and sell in 1997 led to fears that high bids might be received from commercial concerns whose overriding interest would be in the permanent cessation of theatre use. In the event, the upgrading of the building to II* in 1998 and the publicity surrounding the event, seems to have deterred such bidders and this, coupled with Mirvish’s own concern for the future of the Vic, resulted in sale to a newly formed charitable company.

Proposals under discussion in 2005 revealed (once again) production pressure for changes to Robinson’s design in the box and forestage area. The coat of arms over the proscenium (referred to above) seems already to have been removed, probably in the late 1980s or early 1990s.