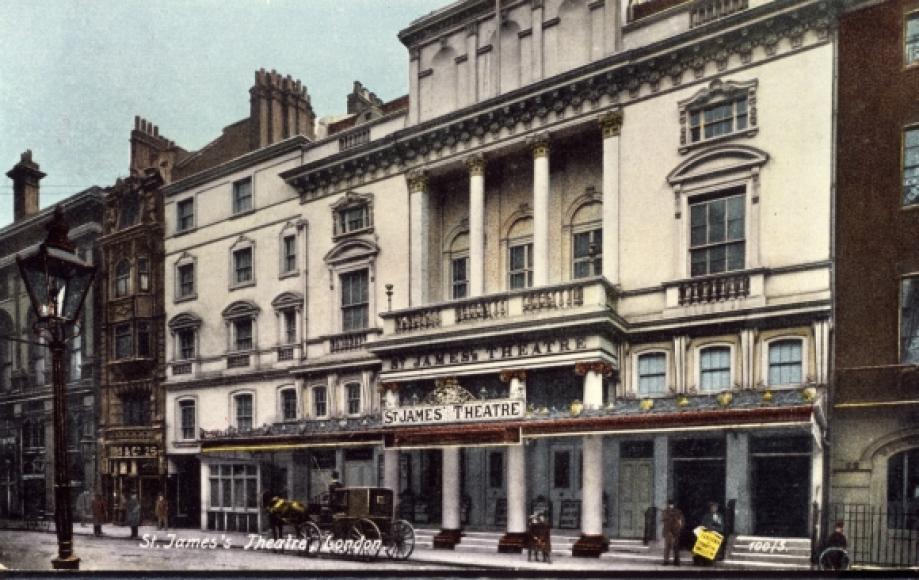 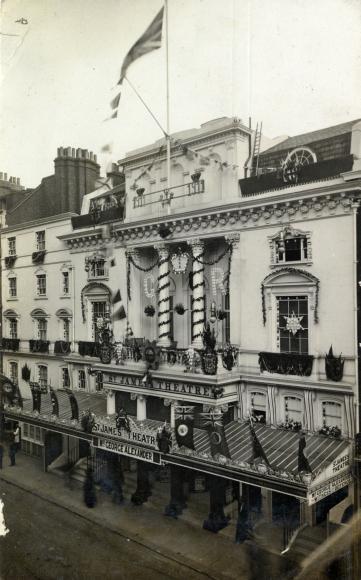 The St James's was a rare case of a theatre whose threatened demise was reported in the national newspapers and occupied the minds of the highest in the land at a time when theatres were being demolished in their scores without comment or resistance.

The theatre had a difficult birth. John Braham, the famous opera star, conceived the idea of building a theatre with one or two income-producing shops in the heartland of fashionable London society. He seems to have been inclined to fall out regularly with professional advisers and contractors and his relationship with his architect was decidedly uncomfortable. Braham's insistence that Beazley should compete for the job with an architectural unknown and his repeated failure to take Beazley's generally sound counsel led to recurrent problems and much unnecessary expense.

Braham's attempt to obtain a licence for a theatre in King Street was predictably opposed by the Haymarket management and the other patent houses, and even when the King instructed the Lord Chamberlain to issue a licence, powerful opposition continued. This culminated in a reference to the Attorney General who found no grounds for intervention.

The theatre eventually opened in 1835, at first with a burletta licence, but it enjoyed only limited success until Braham finally relinquished control. Reopening in 1842 under John Mitchell it made progress. Enlarged and improved in the 1850s it housed many fine productions and famous actors (including, for example, Toole and Irving) under a succession of managements. With all the expected ups and downs of theatrical fortune, it remained one of the leading drama houses for the best part of a century, until 1957 when it closed for speculative redevelopment with offices.

A vociferous campaign to save the theatre was led by Vivien Leigh and reached the House of Lords where a motion was carried against the government, but such preservation campaigns were against the general temper of the time. The demolition went ahead, the only concession to the campaigners being a new statement of policy by the London County Council indicating that, in future, no active theatre in London would be allowed to be demolished without a replacement being built. Subsequent experience exposed the weakness of this policy which led, for example, to the replacement of the magnificent Stoll by the subterranean Peacock Theatre.

The St James's Theatre had stood, with a succession of modifications, for 120 years. The office block that replaced it had a rather shorter life, being itself subsequently demolished and replaced. Bas reliefs of theatrical subjects on the offices, intended as a sop to the gallant preservers, serve only to draw attention to what has been lost.

Beazley's original frontage was in three major bays, three storeys high with an attic over the main entablature. There were shops on either side of the centre bay, which had a tetrastyle Ionic portico, above which a balustraded balcony guarded a two-storey loggia topped by a tall sheer attic. The auditorium was in three horseshoe tiers above the pit, all elegantly decorated in Louis XIV style by Crace & Son.