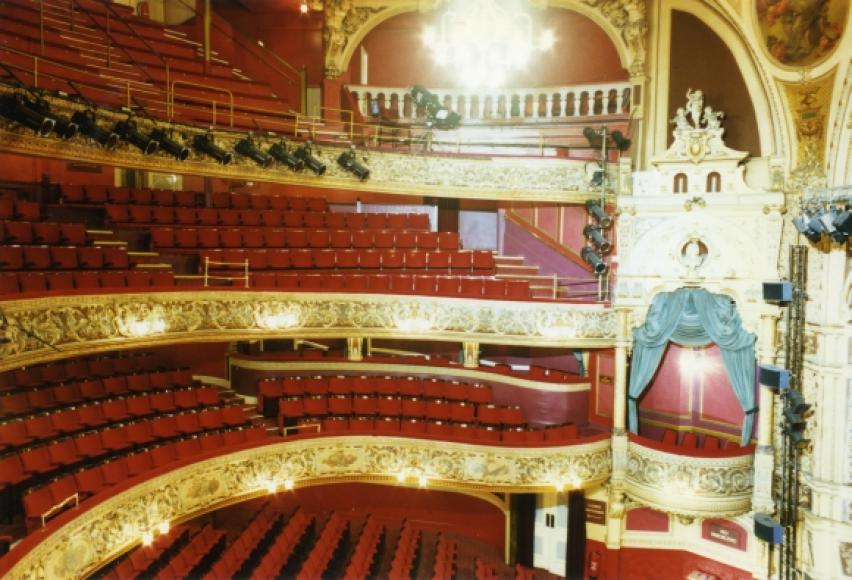 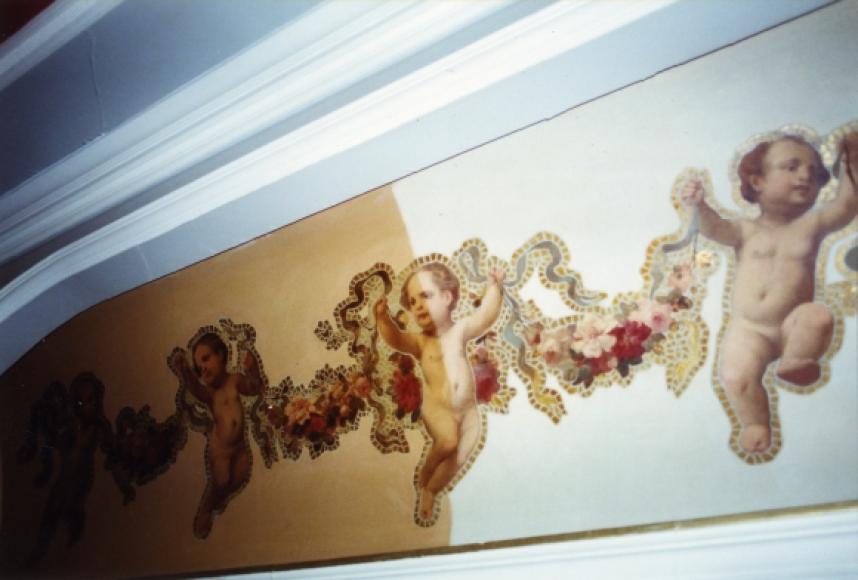 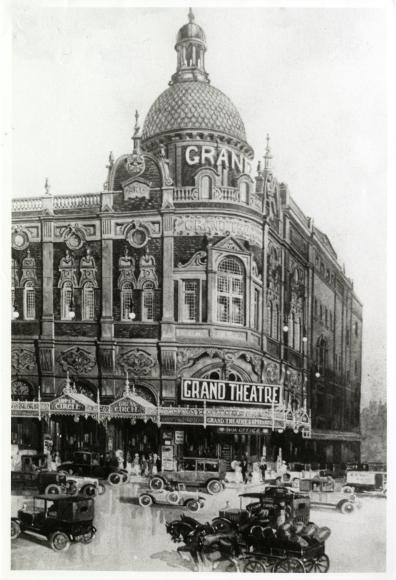 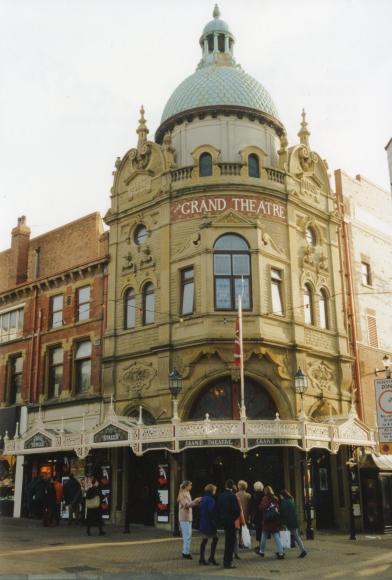 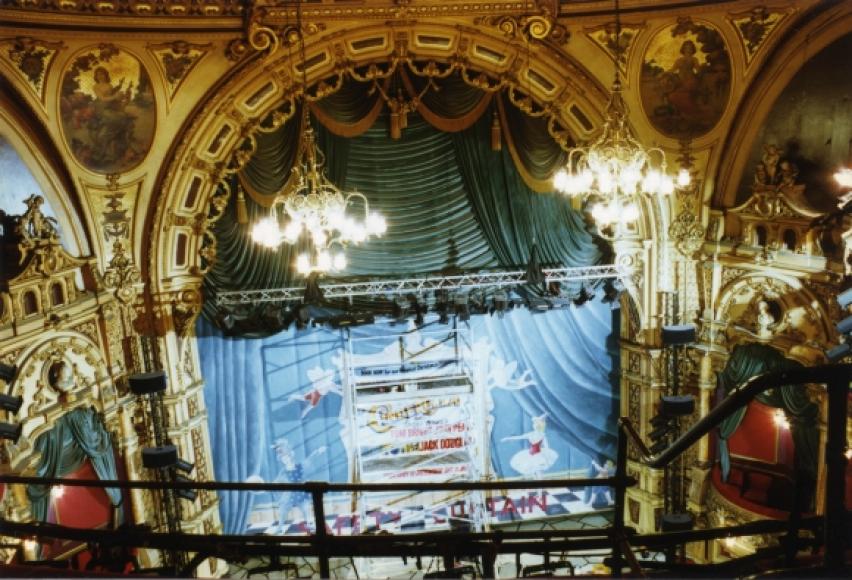 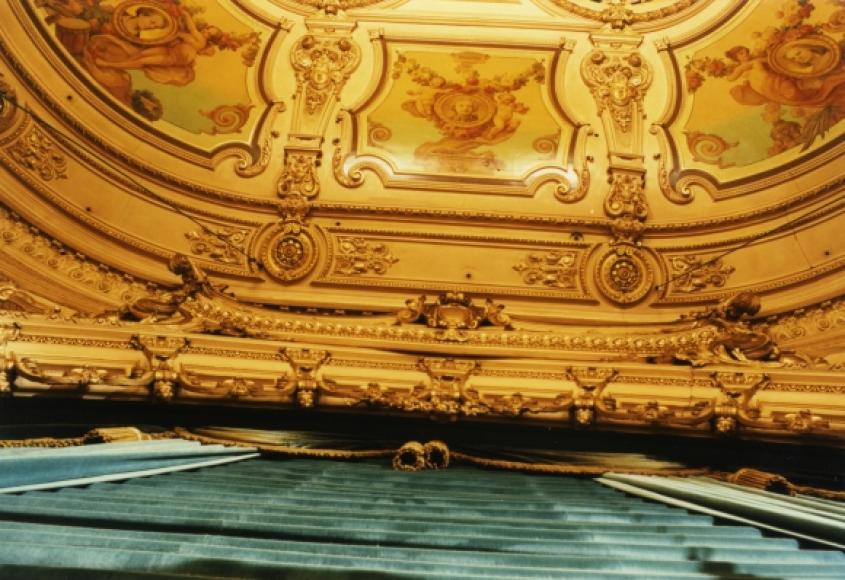 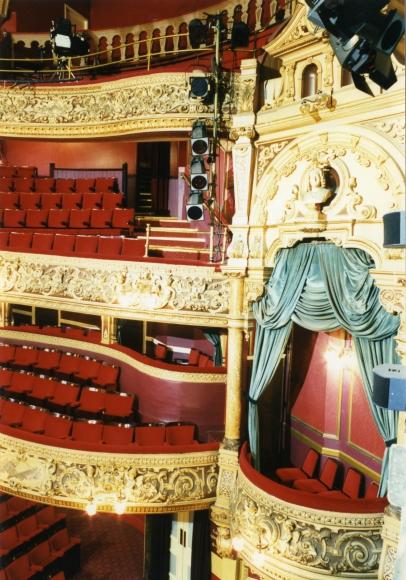 The auditorium of this theatre, built as a drama house in 1894, is one of Matcham’s finest creations, combining intimacy with a sense of imposing spaciousness. He achieved this by stacking the audience vertically in three closely-spaced, relatively shallow, balconies which curve well around the sides, separated from the proscenium by only one box on either side at dress circle level. The boxes are each surmounted by an elaborate arched and pedimented canopy rising above the level of the gallery front. Splendid high round-arched proscenium frame with open plaster-work decoration on the inside of the arch, and large oval painted panels in the spandrels, by Binns of Halifax. Magnificent oval ceiling incorporating six painted panels of composers. Opulent plasterwork on balcony fronts, boxes, proscenium and ceiling. One of the best surviving examples of the astonishing density of ‘art decoration’ in a Matcham house of the 1890s.

Exterior in plain brickwork, apart from the Baroque corner entrance in stone, with spirited, cheerfully ‘incorrect’ details, topped by a jolly copper fish-scaled dome rising behind scrolly gables with finials and crowned by a colonetted lantern.

All has been progressively and sensitively restored since the Grand survived a threat of demolition in 1973. The battle for its survival was one of the earliest of a series of events which eventually turned the tide of post-war destruction of theatres (compare London, the Granville, Waltham Green, demolished in 1971, leading to the immediate listing of many Victorian and Edwardian theatres, and the Lyric Hammersmith, demolished c.1970 and recreated in 1979).

The Grand is now owned by a Trust which has run it as a successful touring house since 1981. Its reinstatements, additions and backstage and front of house improvements (including an 80 seat studio, new rehearsal spaces, office space and dressing rooms) have greatly enhanced the potential of this magnificent theatre.