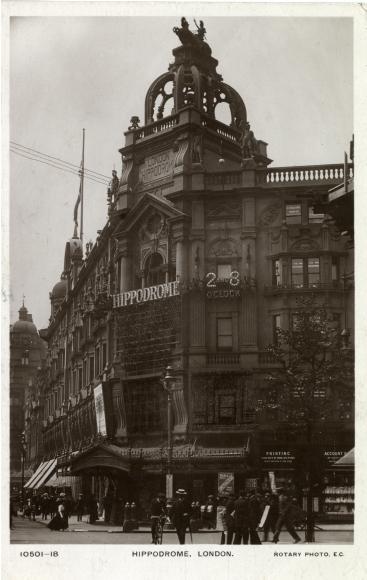 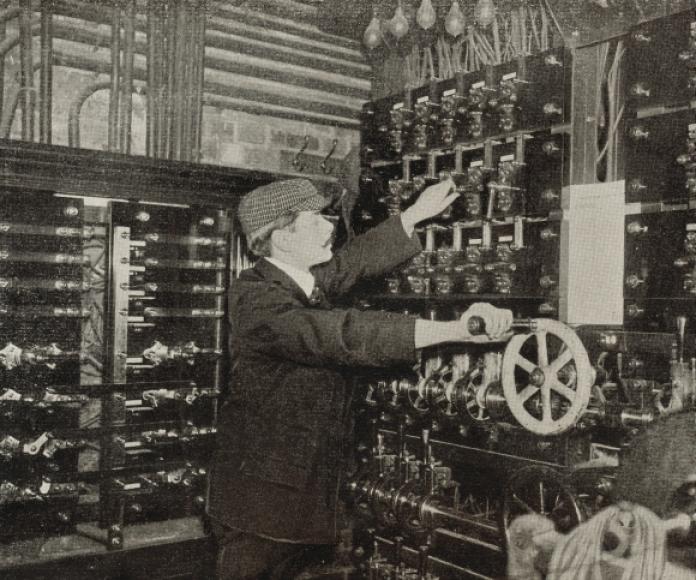 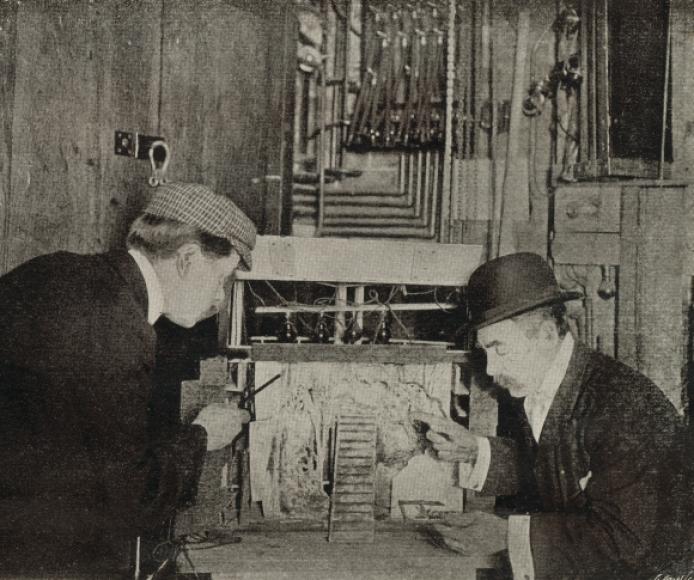 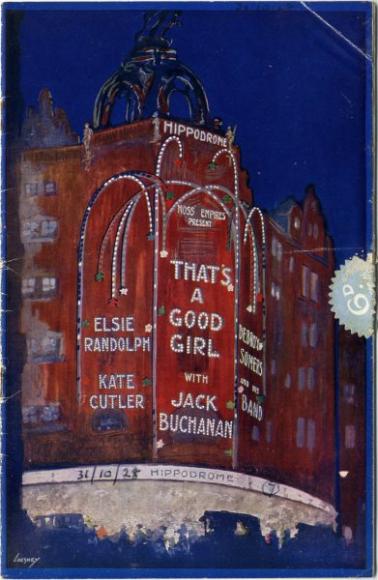 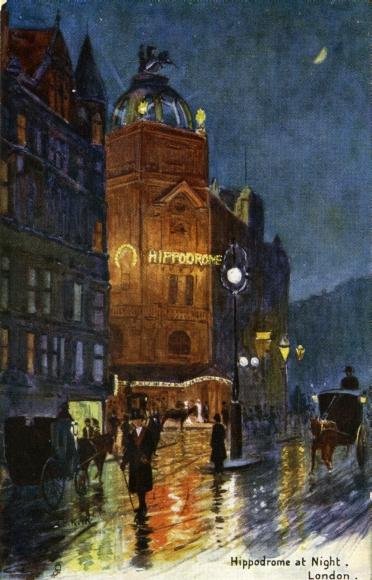 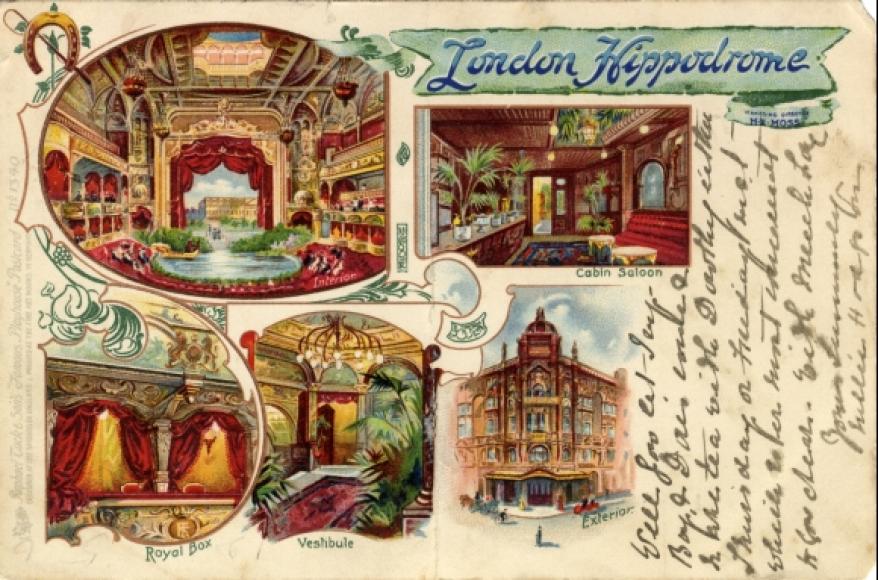 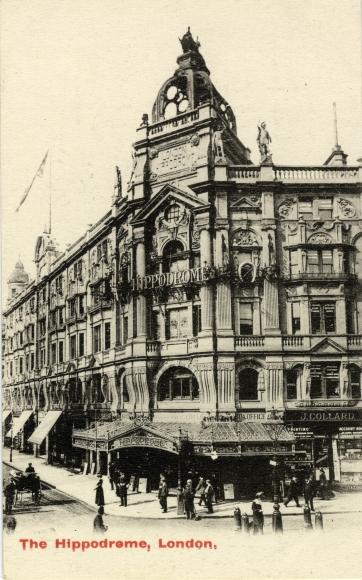 Originally built for Edward Moss as a Hippodrome for circuses, it had a vast tank for water spectacles. The sightlines were adjusted to suit both circus arena and proscenium action. The 1909 works enlarged the stage and advanced the proscenium to suit the theatre for variety rather than circus and, from 1912, revue.

The Hippodrome occupies an island site with principal elevations to Charing Cross Road and Cranbourne Street, and contains, in addition to the theatre, ground floor shops on the main frontages, with Cranbourne Mansions in the upper storeys. Elevations in red sandstone, red brick and terracotta in a free classical style, the bays divided by giant Ionic pilasters supported on elongated brackets which occupy the full height of the first floor, the pilasters rising through the second and third floors to carry a weakly accented fourth floor attic storey and a crowning balustrade. There were formerly giant figures of Roman soldiers above, redesigned from old photographs in 2006 and now reinstated. Most bays have canted windows rising from terms and linked by a balustrade at second floor level. The corner bay is framed by giant Ionic engaged columns carrying entablature blocks and an open pediment, above which rises a short but floridly detailed tower with a skeletal iron dome crowned by a lively sculptured group of a chariot with rearing horses. Giant letters with the name of the theatre on the Little Newport Street front. In 1959, the old iron and glass entrance canopy was replaced by one of no distinction. This too has been replaced with a modern take on the original design.

Matcham's gorgeous auditorium was utterly ravished in the 1958 conversion works but some traces of its original character could still be seen in the upper reaches above the suspended ceiling. Cabaret use (as 'The Talk of the Town') seemed preferable to total loss in the 1950s, but it is a great pity that consent was ever given to the change of use. Later use as a nightclub left the auditorium segmented by false ceilings, with a maze of air conditioning pipework and electric above.

At the turn of the twenty first century, a major casino license was granted to the building, and plans drawn up to reopen the auditorium to full height, reinstating the original plasterwork on balcony fronts. A successful temporary use as a cabaret venue during this time encouraged the owners to incorporate a permanent cabaret stage within the new auditorium. After several years of painstaking research, removal and recreation, the Hippodrome Casino opened in 2012, and alongside the 24 hour casino use is an encouraging programme of live musical entertainment. The auditorium, now freed of its false ceilings, is breathtaking in its volume. The minstrels gallery, from where performers would dive into the water tank below, is once again clearly visible high above the gaming floor, a reminder of the spectacular history of this venue.