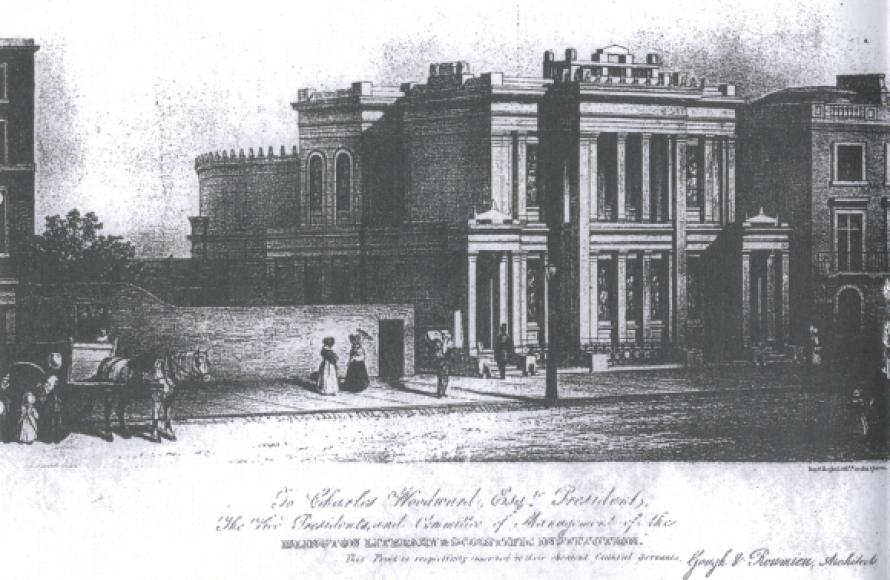 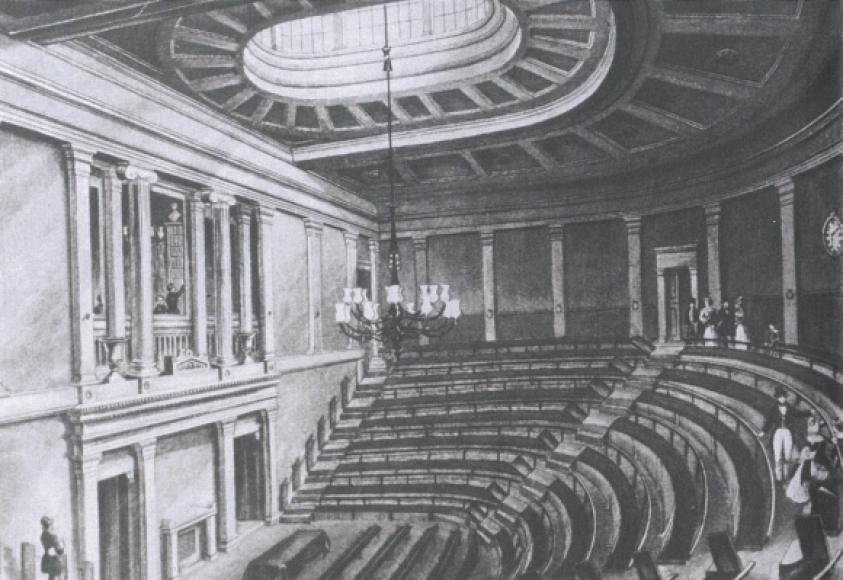 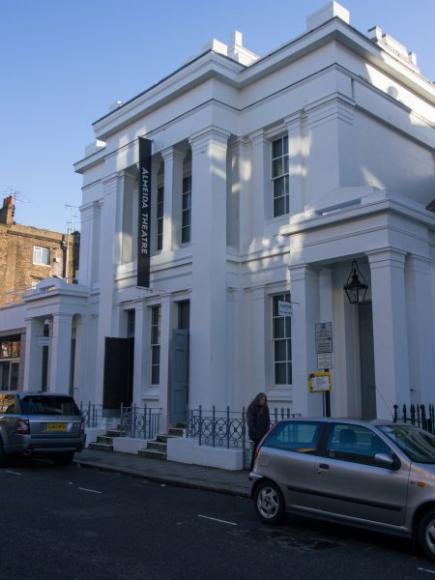 Built in 1837 as the Islington Literary and Scientific Institute with a dais-stage lecture theatre behind a library and reading/reception rooms. Stucco exterior in a pleasingly under-stated neo-classical style; two storeys in three major bays rising to an entablature with pedimental blocking. The centre bay projects, three windows wide divided in each storey by piers with capitals. The outer bays have railed basement areas and, on either side, projecting porches containing the original entrances.

To the left, the long, modern single-storey extension made in 2003 is a nicely judged composition whose simple geometry sits well with its neo-classical neighbour.

The auditorium, which was originally of lecture room shape, was reconfigured in 1900 for use by the Salvation Army, taking in the library and reading rooms, allowing the addition of a balcony with Anaglypta front supported by cast iron columns and a lantern with stained-glass. The plan was at that time reversed, the curved wall backing the former lecture room then forming the back wall of the platform (it now backs the theatre stage).

The building was later used as a warehouse and workshop by a manufacturer of novelty toys, Christmas crackers etc. During the Second World War, it was strengthened and reinforced for use as an air-raid shelter, and became a warehouse again afterwards until being converted in 1980 as a performance space by Almeida founders Pierre Audi and Chris Naylor. Various improvements took place over the years, converting the adjoining garage into a bar, and replacing portaloos with toilets, etc, until the £7.6m scheme of radical improvement was completed in 2003.

In the course of these works the extension noted above was constructed, containing foyer, stairs and a bar whose sliding windows make it fully visible to passers-by. There is a new get-in door and a demountable ramp for truck entry. The auditorium has been reconfigured, reseated and air-conditioned; the Anaglypta balcony front has been copied by a film studio and reinstated. The under-stage has been excavated, and adjoining buildings underpinned to allow space for extra dressing rooms, now right up to the old garden walls. Whilst total modernisation has taken place, the quirky mixture of textures which give the interior its atmosphere, has not been compromised. Additional rehearsal space and administration offices are located in a building some yards away.